What if you took a traditional frozen cheese pizza, and then changed the description a little (using other existing products as models) so that it became five different pizzas: a vegan version, a gluten-free version, a low-FODMAP version, a keto version and a paleo-friendly version. Then, you asked 1,000 consumers representative of the U.S. population whether they would buy each one, and whether they thought others would. Which pizza is most likely to be purchased? And what is the relative popularity of each one?

Given how much Americans love our pizza, it’s not that surprising that 24% of us said heck ya, I’ll take a regular cheese pizza! What is a little eyebrow-raising however, is that while only about 6-8% of Americans claim to be vegan, 15% said “yes!” to buying the vegan version. After all, we’re talking about pizza here.

Not only are non-paleo consumers buying lots of paleo products, but in many cases, the majority of food tribe products are bought by non-tribers. Many of us will buy a regular pizza one day, then a keto or gluten-free version the next… just as long as the products are tasty and we like the ingredients.

This data serves to remind us that buying vegan products doesn’t make you vegan, nor does buying paleo products mean you can throw kettlebells across the room. Turns out we all love pizza, no matter how you slice it.

For more information on using NEXT’s Concept Lab to test your food, beverage or supplement concepts, or conducting custom research using the NEXT Trend Database, contact the NEXT Data & Insights team. Now, who’s hungry for pizza? 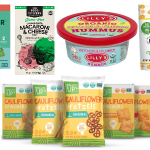 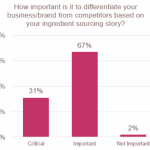